UK Court awarded 64 milllion British pound as divorce settlements for Pauline. This could be in Part  Assets and Part shares.

KUALA LUMPUR – Malaysian tycoon Khoo Kay Peng, who owns the Laura Ashley brand, has been ordered by a British court to pay £64 million (S$112 million) to his former wife as settlement for their divorce in a long-running row.

Judge David Bodey said in his ruling on Friday (April 7) that Chai should receive the divorce settlement in the form of both cash and property, the Guardian reported. The judge’s detailed judgment on how the matrimonial assets would be split is expected to be released soon, said the report.

Currently, Pauline is staying in the Rossway Estate in Hertfordshire, England. It has a huge land size of 1,000 Acres.  As to its value we need to get a Valuer from England.

While we are unsure of the exact value of Rossway 1,000 Acres Homestead we can definitely calculate the share holdings of Tan Sri KKP.

From Bursa filing Tan Sri KKP owns a total of

What is the total current cost? Mui Bhd last closing price is 18 sen

That’s far short of the Rm355 millions awarded to Pauline

Now what is the total paid up shares of Mui Bhd?

Actually a small sum if you add it all up. Haha!

Yes the Market Values Mui Bhd at only Rm527.8 Millions only.

Is all the Assets minus all the liabilities of Mui Bhd equals only Rm527.8 Millions?

A VERY VERY BIG NO! According to Calvin Tan Research’s findings

THIS IS A VERY VAST EMPIRE

AL THESE ASSETS ARE SITTING ON OLD ANCIENT BOOK VALUE. IF REVALUED THEY SHOULD BE UP FROM 400% to 600% easily.

Take CORUS HOTEL AMPANG PARK For Example. It has book value of Rm56 millions. If revalued it should be around Rm400 millions. That’s 7.14 Times its Book Value. And at Rm400 Millions this One CORUS Hotel alone has more than covered Divorce settlement debt of Rm355 Millions

Of course Tan Sri KKP owns only 47.58% Mui Bhd shares. So Tan Sri’s share is only Rm190 Millions. Not enough to pay Pauline.

So we will look at another piece of Assets

And what is the current Market Value of this Hotel very near to the Queen of England’s Palace?

The Malaysian owners of the Corus Hotel Hyde Park have put their freehold interest in the property up for sale for £200m.

Malayan United Industries have tasked Debutesq Group to sell the hotel, which it bought in 1997 for £44m.

The 200-year old listed Georgian building could be extended from its current 135,000 sq ft floorplate, the sales particulars said.

Alex Hayward of Debutesq Group, said: “Although the hotel has seen substantial investment over the past two or three years and is enjoying strong occupancy levels, a great deal could be done to improve revenue performance and investment return.”

Investor sentiment in London Hotels is at its highest since the beginning of the global crisis and the overall occupancy rates increasing each month due to the strong and growing demand for London hotels.

How much in ringgit?

That.s more than enough to pay Pauline’s Rm355 Millions debt and with lots more to spare!

Now this is possible if Mui Bhd sells of CORUS HOTEL LONDON. Do a Capital Exercise by Capital Consolidation & then A Cash Pay Out like Pm Corp did last time when Pm Corp paid a Cash return of 8 Sen.

Now if this Capital Exercise succeeds then what is the Windfall for the other 52.42% shareholders (are you one?)?

Now we get back our Capital of Rm180

This was exactly what happened when Calvin bought Pm Corp at the low of 7.5 Sen

Cash Pay out was 8 Sen

So Calvin got back

Too good to be true?

Warmest & Best Regards to All,

2) What if Tan Sri KKP refuse to settle?

That will be another answer(s)

It;s late now. Calvin will let you guys think about it.

The Court that awarded the settlement is from UK. UK jurisdiction can force justice against Tan Sri KKP in Malaysia?

And Tan Sri KKP should know Christian Stewardship. Monies we have are only entrusted to us as stewards. We don’t own anything. Naked we enter this world and we will certainly leave everything behind on earth when we die. Our souls will leave this world and we shall meet our Creator.

After all – all monies that go to Pauline will also pass on to her children (also same children of Tan Sri KKP).

So may good reason prevail.

Think on these things. 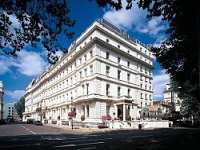 HYDE PARK CORUS HOTEL, LONDON WITH ABOUT 400 ROOMS. This Hotel is near Kensington  Palace

Equivalent to a Hotel located near Pavilion in Bkt Bintang but priced in British pound.

And coming up next: