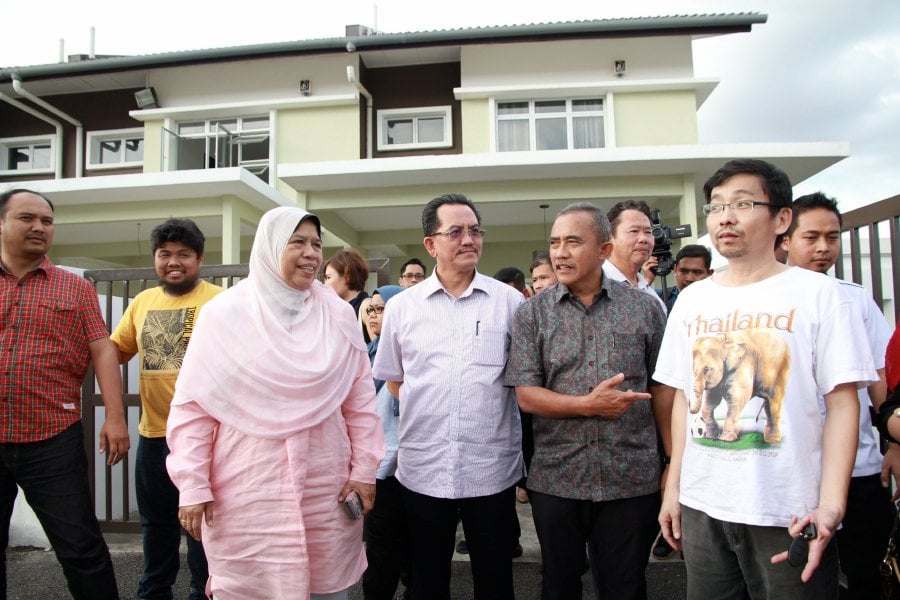 Housing and Local Government Minister Zuraida Kamaruddin said a total of 489 people will receive the certificates of fitness and keys to their houses in Taman Nusantara Prima here by December. BERNAMA Pic.
By Rizalman Hammim – July 1, 2018 @ 12:43am

ISKANDAR PUTERI: A total of 489 people will receive the certificates of fitness (CF) and keys to their houses in Taman Nusantara Prima here by December.

Housing and Local Government Minister Zuraida Kamaruddin said this was decided following a meeting between the buyers and the developer, Denia Development Sdn Bhd, today.

“The buyers will receive the CFs and keys in stages beginning in August, with the latest by December,” said Zuraida.

The buyers were supposed to have received their houses in stages between 2012 and 2015, but the project was delayed after the developer ran into financial problems.

Zuraida said the developer had agreed to pay 50 per cent of the liquidated and ascertained damages (LAD) charges imposed on buyers within six months.

“The developer also agreed to waive charges that would be imposed on the buyers because of the delay.

”The ministry will continue to communicate with the representatives of the buyers to make sure these issues are resolved accordingly.”

The other 514 people who bought houses in Taman Nusantara Prima have already received their CFs and keys.